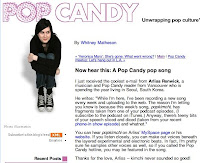 It's a nice thing for an old guy like me - and a book with deceptively serious intentions - to today receive a mention on USA Today's Pop Candy Blog as compiled by Whitney Matheson. The idea that anything associated with me could work for fans of pop, candy, and young women called Whitney... well, it takes years off the creaking knee and elbow joints.
Posted by Richard T Kelly at 10:15:00 No comments: Links to this post 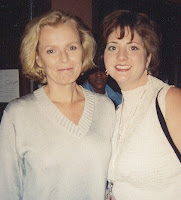 In answer to yesterday's question/offer of civic duty from your correspondent, this in the Wall Street Journal from Peggy Noonan: "White women have been Mrs. Clinton's most reliable base of support and readiest crutch, the superdelegate said. And maybe they're the only ones who can break through, both to Mrs. Clinton and to the country, and tell her to stop..."
Now, here's another question: why is a famous old Reaganite phrase-maker like Peggy Noonan coming on so earnestly concerned about the fortunes of the Democratic Party should Obama not be its nominee? And she's not the only one. Ah, the black arts...? Or is everyone feeling the same dose of common sense right now whatever their ideological stripe?
BTW the photo sees Ms Noonan in the company of 'MediaLizzy', whose very interesting Flickr posts often show her pictured alongside leading GOP pols and comrades.
Posted by Richard T Kelly at 09:50:00 No comments: Links to this post

Ask Not For Whom The Bell Tolls, Ken. You Neither, Hillary... Hillary? Can You Hear?

In the first published volume of his Diaries (recently ranked by GQ as the greatest of all political books, but don't let that put you off), Alan Clark cheerfully records his part in propelling John Major to the Tory leadership/Prime Ministership after the ousting of Thatcher in November 1990. In Clark's mind the mission was partly to secure a properly Thatcherite succession (and here he was deluded) but also, and with more vigour, to thwart the PM ambitions of the noveau riche and left-of-the-party Michael Heseltine, whom he despised, albeit not quite coherently. Clark's crowning moment in the latter respect was to bump into an ashen Heseltine in some Commons back-corridor in the hours after it was clear that Major had won. No words were exchanged at that awkward encounter, but Clark was sufficiently erudite to commemorate it in his journal with a telling quote from Emily Dickinson: 'A great hope fell, you heard no noise, the ruin was within.' If Clark felt any small sympathy for his hated antagonist it was in the knowledge that Heseltine had known of his doom before the results were formally declared. His campaign manager Michael Mates had polled Conservative members privately, and then "brought the numbers" forlornly to the candidate.
I wonder at what point Ken Livingstone received his own private 'numbers' last week, and so set about mentally packing up the London mayoral desk? And who was the messenger? Not his dubious longtime accomplice Lee Jaspers, one assumes. But like Heseltine, 'Ken' will just have to live with the notion that time and circumstance and a few active malefactors just rolled right over him.
And then, post-Indiana and North Carolina, who will bring Hillary Clinton the numbers? Is there any set of numbers she will accept? Or will she be like the evil brothers at the end of the movie Trading Places, screaming 'Turn those machines back on!' even as the room deserts and the security guards draw near.
But basically if they're fearfully looking around for a volunteer candidate-number-bringer in Team Clinton, I am absolutely bang-up for the job, and will do it with a winning smile - since winning is such a big deal in the Clinton Dynasty, even when you're actually losing.
(Livingstone photo by Annette Boutellier)
Posted by Richard T Kelly at 04:22:00 No comments: Links to this post 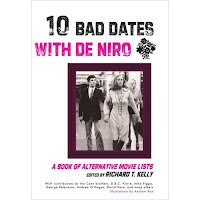 ... Or at least the Los Angeles Times, in the person of the venerable critic and Clint Eastwood expert Richard Schickel, gives the book a very generous review here. This bit in the New York Post is a little smaller but hell, I'll take it. What further glory could this lead to, I wonder? A rush on copies at the big Barnes & Noble bookstore next to the Farmer's Market in Hollywood...? Hollywood execs giving the book to each other as birthday gifts, or just plain timely reminders of why they first entered the beautiful business of movies...? Or me being hired as a consultant on the next major studio attempt to make a half-decent Hulk picture, i.e. one that doesn't end in a silly video-game fight scene? (The latter possibility because, as Schickel notes, I am a loyal friend to well-meaning but widely despised movies everywhere.) Well, at any rate I'll just have to bide my time and keep grafting until the summons comes from Burbank...
Posted by Richard T Kelly at 14:40:00 No comments: Links to this post

The wizardry of Nicolas Roeg, revisited

Last week I wrote up and passed along what I had been thinking lately in respect of Nicolas Roeg and his mercurial movies. Then I went off on a little jaunt for several days with the wife and bairn... At any rate I'm back in the chair now and the aforementioned Roeg piece is now posted at Film In Focus, the excellent film site I mentioned back in the old days of last month when this very blog was but a bairn itself. "Ah, time...", as Roeg himself might say with a twinkly look in his eye as a precursor to several thousand fascinating remarks on the subject.
Posted by Richard T Kelly at 14:17:00 No comments: Links to this post