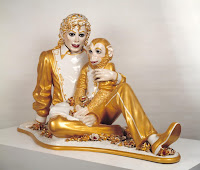 I'm just old enough to have a fairly strong visual/sensory recall of the day that Elvis died, and the attendant mournfulness of that day's media coverage. I had only seen one or two of his movies on telly, but let's face it, one had never seen anything quite like Elvis, (and that, of course, includes his legion of professional 'imitators'.)
Still, even at my tender age in 1977, I'm pretty sure I had already picked up on the feeling that there was something sad, creepy and even sinister that had settled like a grim black pall over the image and reputation of the Late, Great & Beloved Entertainer. A few years later in the early 1980s I heard Alan Bleasdale talking on the radio about his utterly passionate adoration of Elvis, and I struggled with this reverence from the author of Boys From the Blackstuff toward the slobbish junkie who offered himself as a narcotics czar to Richard Nixon. Later, in 1989, came Chuck D... But I suppose that when it comes to the Great Ones then you hold on to the memory you prefer.
Today I'm remembering buying Michael Jackson's Thriller in Woolworth's on the day it was released in 1982. The lead-off single, the Paul McCartney duet 'The Girl Is Mine', had been wretched beyond belief, of course, but I was just a pop music fan and I reckoned Thriller had to have at least some stuff on it similar to 'Don't Stop Til You Get Enough' or the Jacksons' monumental 'Can You Feel It?' And indeed it did.
Doesn't the legend have it that Thriller was near as dammit recorded and mixed and ready to go when a perturbed Quincy Jones sent Jackson back to the drawing board to come up with a couple of much-needed floor-filler hits? And Jackson came back with 'Billie Jean' and 'Beat It'...?
Jackson circa 1982 is how I (and I suspect millions of others) would prefer to think of him, in the video for 'Billie Jean' or his celebrated performance of same at the Motown tribute concert that same year: an amazing-looking young black man with talent just pouring out of his fingers and toes. Not very long after that, it all turned sad and creepy and even sinister.
Of all the hundreds of songs written about Elvis,the one I think cuts hardest is 'Porcelain Monkey' by Warren Zevon, and its lyrics ran round my head again this morning as soon as I heard that Jackson was dead:
Hip-shakin' shoutin' in gold lame,
That's how he earned his regal sobriquet,
Then he threw it all away
For a porcelain monkey...
Posted by Richard T Kelly at 06:11:00 No comments: Links to this post 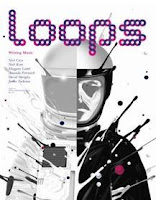 1. When did the vogue for people writing essays in numbered strophes die off? Or when did it start?
2. I think of it mainly as a 1980s fashion in style-magazine journalism, the more distinguished influence emanating from the works of Roland Barthes and Susan Sontag, Penguin Classic editions of Nietzsche, Futurist manifestos, and the whole oeuvre of Jean-Luc Godard.
3. The purpose of it seemed to be to add a sense of coherence and sequence to an otherwise rag-bag, promiscuous collection of musings. ‘Notes on X’ was the standard title. It's a form well suited to such ephemerals as the record sleeve and the contemporary art gallery catalogue.
4. Susan Sontag's 'Notes on 'Camp'' (1964) is clearly a key text in this lineage, and the whole of it can be found online here.
5. It so happens, and not surprisingly, that I was thinking about Sontag's essay the other day while writing about a new film by Pedro Almodovar.
6. Somebody else who's been thinking about Sontag and Camp, in relation to hip-hop (of all things), is one of the contributors to the excellent new music journal Loops from Faber and Faber and Domino Records, which clearly endeavours to offer a sumptuous home for long-form writing about good music of all colours and genres. In Issue 01 you will find some fine contributions from luminaries such as Nick Cave, Simon Armitage, Jon Savage, Richard Milward, Nick Kent, Hari Kunzru and Simon Reynolds. My personal favourites are Amanda Petrusich writing on collectors of old blues 78s, Matthew Ingram addressing the technology of electronic music-making (and making an important case for the importance of music writing that is informed about the actual creation/production of the music itself), Anwyn Crawford on the teenage female consumer of pop music, and Maggoty Lamb offering extracts from his pseudonymous journal about the decline of the British music press.
7. Loops the Website is getting off the ground here.
8. That is all.
Posted by Richard T Kelly at 02:49:00 No comments: Links to this post