George Steiner's 'The Cleric of Treason' 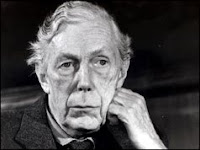 The British Library has given up a 25-year secret as stipulated by its donor, and so Anthony Blunt's memoir - penned in sunny exile in Rome after Blunt's public exposure/disgrace of 1979, and given to the BL in 1984 - is now available for inspection. Guess what? Having suffered the frightful indignity of surrendering his knighthood and his fellowship of Trinity College, Blunt was moved to write that passing state secrets to the Soviet Union had been 'naive' and the 'biggest mistake of [his] life.' Apparently he had got himself caught up in something far bigger than himself: 'The atmosphere in Cambridge was so intense...' Golly. I bet.
I don't imagine there is anything finer to read on the subject of Blunt than George Steiner's magisterial, annihilating 'The Cleric of Treason', first published in the New Yorker in 1980. The Google Books entry on The George Steiner Reader seems to offer the browser a chance to read this essay in full online, and - per the previously noted online availability of Susan Sontag's 'Notes on Camp' and the hope that other such classic pieces of cultural commentary be open to inspection and exchange over the web - this seems to me a reason to rejoice. As for Blunt, the best verdict is in Steiner's imperishable last line...
Posted by Richard T Kelly at 15:37:00 2 comments: Links to this post

It’s a very hard thing to think that Gordon Burn is no longer with us. One of England’s foremost prose stylists, Gordon wrote so finely and insightfully on so many diverse subjects – the reader never quite sure on what topic his plenary mind would next alight - that one feels a sharp and singular sorrow knowing that we’ll not get any more of his brilliant books. So consummately did he tell the stories of two appalling serial murderers (Peter Sutcliffe and Fred West) that he was sometimes labelled a True Crime specialist. ‘I slightly bridle’, he told me, ‘because the implication is that you’re some nutter who’s obsessed with violence. I’m not at all.’ Indeed he wasn't.

When I spoke to Gordon last summer for an essay I was writing about the literature of the North East, he offered me an amused and amusing list of ‘the qualities – good and bad – that we have come to associate with the N.E.: hard-grafting, plain-spoken, open, canny, dogged, leftish, laddish, nostalgic, sentimental, chippy, suffering fools not at all, happy to appear dafter / less genned-up than one is, built-in bullshit-detector on permanent full alert…’ Needless to say, I think that was not a bad summary of Gordon’s own personal qualities, aside from his writerly gifts. I will always remember interviewing him and David Peace for Esquire in April 2008, beneath the pearl-strung chandeliers of an incongruously posh restaurant serving a French menu devised by a Japanese chef. Within minutes of our being seated, Gordon, looking just a bit twinkly, let it be known he would have much preferred a pie and a pint in the pub down the road.

Gordon was born and grew up in the west of Newcastle, only a short hop from St James’s Park and the brewery. His adolescent imagination was fired by the famous mid-1960s ‘scene’ created by poet Tom Pickard at Morden Towers (where Basil Bunting’s career began its second life.) But Gordon’s chief inspiration has been America (first Capote and Mailer; later Ford and Carver), and he felt the pull down to London. So he left Newcastle aged 18, and only renewed his tie to the place in recent years, with the passing of his mother and father. Around this same time he wrote his first overtly ‘north-east’ book, The North of England Home Service, a reflection on the changing face of Tyneside, and also a sort of homage to the Northern Novel – John Braine, Alan Sillitoe, Stan Barstow – that he had belatedly begun to read with pleasure: ‘this’, he said, ‘after 25 years of loving American writing.’

Reviewing it for the Independent, Sean O’Brien felt that Gordon had captured ‘exactly the mixture of pride and insecurity which characterises this most resilient and fiercely defended of English working-class cultures at the moment when its coherence and integrity may be truly under threat.’Gordon was a prize-winning novelist who openly disdained the usual staidness of the ‘literary novel.’ Certainly he was not a man given to magic realism. ‘I can see the point in reading Dickens and Jane Austen’, he told me. ‘But ‘literary fiction’ seems to be me increasingly pointless… Until I wrote a novel I’d had no interest in novels whatsoever. I’ve no interest in the imagination. I would always fall asleep within two pages of a novel, or ten minutes at the pictures… I still do.’

He was being mischievous, of course, for he simply had his own definition of imagination and its uses, loaned from an esteemed literary source: ‘There was a quote by John Berger that I had in mind all the time I was writing Born Yesterday – that imagination is not, as most people think, the ability to invent, it’s the ability to disclose what already exists.’

Gordon’s lodestar in writing terms was the New Journalism of the 1960s, as exemplified in the pages of American Esquire: home to Mailer and Tom Wolfe and such seminal pieces as Gay Talese’s ‘Frank Sinatra Has A Cold’ where the writer-as-participant-observer would write the story as it actually appeared to them, rather than as a gig preordained by journalistic and narrative conventions. As Gordon described it, ‘it was taking real life and writing about it in a kind of poetic way or a way that had the resonance of fiction. There was a thrill to having real life written about with some art involved in it. All the techniques I learned about the novel were through reading Wolfe, Talese, Mailer. And it was through them talking about their techniques that I realised what novelistic techniques were, without reading any novels...’

His last major deployment of these techniques was 2007’s Born Yesterday, a New Journalism ‘novel’ in which he both recorded and subtly transformed his responses to the dismal British summer of 2007 and its appropriately lousy lead news stories – of floods, failed bombings, and a lost little girl with a flawed eye, a condition she happened to share with the new Prime Minister. With a novelist’s eye he inhabited and explored and articulated these stories more powerfully than any 24-hour rolling news camera; and he had a modest theory as to why, one he had learned on the job while getting to know the close relatives of the 'Yorkshire Ripper': ‘You get these huge news stories, and basically nobody knows anything that’s really happening because the news agenda is so tiny and narrow, set by two or three people or media organisations, and everybody goes along that line. I always like to come at things from some kind of oblique angle, or to find a person or a situation that’s been ignored that you’ve got a good feeling is important to the story, so you just chase that down or try to find if your gut interest is true or not...'

Gordon liked to enlist V.S. Naipaul to his argument that non-fiction is more interesting than the novel, fiction a distortion of reality: ‘Naipaul says that people who write stuff that is, basically, the material for TV drama – they’re assuming they know the world already, there’s no need to investigate it any further, so they make up a story and stick it on top of the real world. Whereas he, Naipaul, finds the real narrative of life so endlessly enthralling that it’s arrogant to say ‘I know the world now.’ And that’s where I stand. Life is poetic in ways that are never covered by the word ‘poetry.’ Everybody rubs up against things in passing that touch them profoundly in a second – in a railway station or a pub, wherever.’

Gordon's particular brand of poetry is all over the extraordinary body of work he's left us, which I trust is about to be re-examined and enjoyed afresh by readers old and new. His personality, which I think he deftly managed to conceal a lot of the time, is in there too - writing can't hide that stuff - and I trust readers will also discern all those Great North Eastern qualities of his in spades.
Posted by Richard T Kelly at 16:12:00 No comments: Links to this post 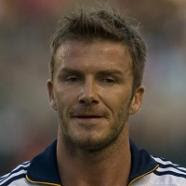 David Beckham has done majestically well in life for a not-so-bright lad who's very good at football, or certainly at taking free-kicks. His ardent fans are legion, and many of them read in him qualities and attributes far beyond that straightforward dead-ball expertise. Give a man a reputation as an early riser and thereafter he may forever sleep 'til noon. England fans, always a curious bunch, have forgiven him some stunningly undignified, inadequate, showboating performances in the finals of international contests. I seem to remember one self-styled tough-nut sports writer of an English broadsheet chiding Beckham's critics for jealousy, even hailing Becks as the best of men, a 'model husband and father' - this not long before the news broke that he'd been diddling his kids' nanny.
I'm trusting, though, that no-one has even seriously believed that Beckham is a worky ticket, a hard man, a chap with whom one would fear a physical confrontation. I'm not dismissing his claims here just on the basis of all that posing in little pants for Armani. I'm talking Dave Mackay, Tommy Smith, Stuart Pearce, Alan Shearer, even Eric Cantona - that's hard. When Cantona decided to call out a (rival team's) fan who was (snidely) goading him from the stands, we all remember what happened, yes? Whether we condone it or not...
So the helping hand of spin that still attends Beckham's every move was clear in the press coverage of his contemptible response to the (rightly) protesting fans (of his own team) at the LA Galaxy game. Coos the Press Association, "The former England captain attempted to jump over a barrier as he left the field at half-time to remonstrate with a section of the crowd that had been jeering him. He was held back by security staff, members of whom were also needed to restrain an angry fan who left his seat and rushed towards the footballer."
Oh yeah, right. He was like an effing panther trying to leap that barrier, before, strangely enough, finding three dozen burly blokes at his back, ready to help him out with one irate Hispanic guy. 'Hold me back, lads, or else I'll kill him...'
Posted by Richard T Kelly at 14:50:00 No comments: Links to this post