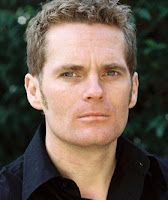 Further to recent remarks I've been pleased to learn that James Bradley (pictured) lately wrote an excellent piece for the Australian ('The idiot box grows a brain') about long-form narrative in television drama series and in the novel - occasioned, I suppose, by some much-praised recent instances of the former:
"Mad Men, made by American cable network AMC, is only one of a growing catalogue of ambitious [TV] programs distinguished by not just by their complexity and intelligence but by their urgent engagement with the world we inhabit. Taken collectively these shows, this new television, constitute nothing less than a revolution, a revolution that has transformed series television, late in life and perhaps improbably, into our most vital cultural form... No longer tidy, predictable, generic, at its best the new television commands the richness and breadth of vision that was once the sole preserve of the novel."
James also summons The Sopranos and The Wire to his argument:
"Indeed, in the ambition, complexity and detail of its depiction of the corruption of Baltimore's public institutions, The Wire quite deliberately (and sometimes a little too self-consciously) has in its sights the great social novels of the 19th century and their ambition to represent the whole of society from top to bottom and, more importantly, to tease out the way the destinies of the greatest were intimately connected to the fates of the most insignificant. The novel abandoned this ambition some time ago. Although the English still dabble in the great social novel - Richard Kelly's Crusaders and Phillip Hensher's Booker-shortlisted The Northern Clemency are recent examples...'
I might say that it's a fine thing to be cited in such a debate and in such a manner. But the case James makes for the New Television is very compelling and, in a highly well-minted way, expresses a lot of what I've heard anecdotally from quite a few other informed observers. It does make me worry for the poor old novel, though. As James puts it:
"Some critics - see Zadie Smith's New York Review of Books piece on Joseph O'Neill's Booker-shortlisted novel Netherland - argue that the novel, or at least the realist literary novel, has reached some kind of logical end point, its polite but reflexive aestheticising now an end in itself, unable by its very nature to engage with the world as it is."
Clearly, then, it's counter-revolution time. More long novels, comrades! And make 'em as radical as reality itself, to steal the words of Lenin from before he got on the train.
Posted by Richard T Kelly at 07:40:00 No comments: Links to this post 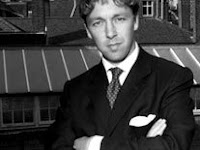 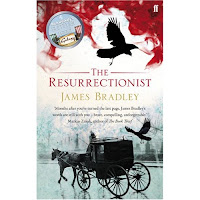 One of Faber and Faber's biggest and happiest successes of recent years has been James Bradley's novel The Resurrectionist. Though James and I haven't (yet) met, I would presume that we share not just a publisher but also a few aspects of a certain sort of nineteenth-century mindset... At his website City of Tongues he curates links to some terrific material pertaining both to The Resurrectionist and to his other novels and assorted writings, as well as blogging on various matters of a literary bent - and the other day he was kind enough to pay compliments both to Crusaders and to this blog, which I am hereby happy to repay.
I'm also pleased to note that, while a number of Australian writers and readers have now gone online with the view that Crusaders wasn't much noticed on its publication in Australia, these selfsame correspondents have more than fulfilled my own hopes in that regard, just in terms of the generosity of their particular responses to the book.
Posted by Richard T Kelly at 14:24:00 No comments: Links to this post

Crusaders and the Exotic North East

The website of the non-fiction-specialising literary agency Andrew Lownie seems to like to run occasional vox-pop commentaries on the state of UK publishing, and this month they've invited a number of editors to prognosticate about what sort of books might work in the trade during 2009. The results are interesting, and reflect an increasingly familiar debate about whether Realism or Escapism is the dominant cultural/creative response to Hard Times. Some believe we will all want to get serious and austere now, to rediscover lost values, tool ourselves up for possible future hardship, and ensure that we are never fooled again. Others are quite sure we will all continue to dodge the dreary stuff and cling on to our natural capacity for foolishness...
And where does your correspondent come into any of this? Well, by way of the following contribution from Sarah Norman, editor at Atlantic Books, shortly after she has considered a few of the Escapist options and expressed high hopes for a forthcoming and seemingly fantastical Atlantic novel entitled Girl with Glass Feet:
"For the past few years the public have also been embracing some significant new literary voices from around the world, but I wonder whether the success of novels like Ross Raisin's God's Own Country and Richard T. Kelly's Crusaders – in which the regional British setting is so integral to the narrative – are a sign that we're beginning to find what's closer to home exotic and intriguing again."
Well, if so, then that would seem to chime with Stuart Evers' observations on the Guardian Book Blog as mentioned below. In truth, I am perhaps a tad fortunate if Crusaders is rated a 'success' in the company of Ross Raisin's acclaimed debut novel, for which, if I heard right, he was paid a six-figure advance by the publisher, and duly went on to earn them and himself a couple of highly rated literary prizes as well as a few other nominations. I can claim no such distinctions but, still, if anybody reckons I fit this particular cap (if only for the purpose of debate) then for sure I will wear it, for sure and no worries...
Posted by Richard T Kelly at 08:32:00 2 comments: Links to this post