Bookhugger column #2: What is to be Done? 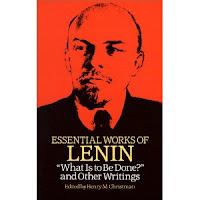 The second of my regular monthly essays on literary themes is now up at Bookhuggers: What is to be Done? On political arguments in book-form. The strapline is: 'With one week to go until the culmination of a fascinating General Election, Richard T. Kelly considers the art of the political argument in book form.' The theme of the piece, I suppose, is this (in light of the choices available to the voter): 'The differences are certainly there, in the party manifestoes and the much-vaunted leaders’ debates on TV. But for those of us who fancy a longer mull over matters, wouldn’t our deliberations be enriched by some fiery polemical writing, from all quarters and factions?' The title is of course pinched from Lenin (who pinched it himself), and by happy coincidence the excellent Oliver Kamm of the Times put the same title on his blog post of yesterday explaining (in somewhat heavy-hearted tones) why he will be voting Labour next Thursday...

Gordon Brown’s determination to behave as though he were a character invented by Dostoyevsky – rather than forged at the foot of a stern Scots kirk, the personal back-story Brown prefers – is the big news again. Yesterday’s carnival of reaction had me thinking back to the moment 20-odd years ago when I discovered Dostoyevsky as my ‘favourite writer’, a status he’s more or less retained. One of the scholars whose writings were helpful to my discovery of his work was Professor John Jones of Oxford, who also introduced me to Kafka’s defence of the typical Dostoyevsky hero as a man not utterly deranged but merely ‘incidentally mad’ – in the same manner as the rest of us. Jones was certainly with Kafka on this point, arguing that we all mutter to ourselves when we think we’re alone, cursing under our breath, ‘F**k me!’ or ‘I’ve got him!’ or suchlike. ‘We all do it!’, Jones insisted.
Well, ‘I’ve got him!’ would certainly sum up the current, gleeful view of the Tory commentariat in respect of Gordon Brown, following his inadvertently 'on-mic' dismissal of the woman he met in Rochdale. It’s schadenfreude, of course, but, even if we do indeed ‘all do it’, it’s fair to say that only three of us are currently running for the office of Prime Minister. We are back in ‘psychologically flawed’ land again.
This PM is an unlucky general, for sure. But we do make our own luck in life to a large extent, and Gordon Brown has been stumbling through a veritable thicket of bad karma for years now. His apology was pulpit language – ‘a penitent sinner’, indeed – but the forced grin on his face as he pronounced himself ‘mortified’ was indeed worthy of one of Dostoevsky’s internally divided anti-heroes. Or, to summon another literary spirit – ‘I went on sinning every hour, and all the while most strenuously warring against sin...’ Thus Robert Wringhim, he of James Hogg’s Confessions of a Justified Sinner (1824), the classic text of Gothic Scottish Calvinism.
All I would say to Brown’s happy detractors is: beware that karmic redress, for it is certainly coming down the pipe at us all. We all say hard words when we think no-one’s listening - sometimes even for the amusement of other ears, if we're sure the company is entirely congenial. Had I the misfortune (say, on election night…) to step into some room populated wholly by the Tory commentariat – say, the likes of Benedict Brogan, Fraser Nelson, the guy who calls himself Guido Fawkes, etc, etc – I do suspect the air in the room could probably be condensed down into a draught fit to turn the noble Dr Jekyll into the gloating Mr Hyde.
In any event, this blog is voting Labour on May 6. It will be a ‘lost vote’ in my case, as Hornsey and Wood Green – captured by the Lib Dems in 2005 in a wave of protest against the ousting of Saddam – is not looking remotely likely to change its mind this time. (This likelihood, though, has not converted me to electoral reform…)
I can’t say I’m hungry for 5 more years of Gordon Brown in Number 10: I have for some time wanted Alan Johnson or David Miliband in that job. I do, however - and for my sins - prefer Mr Brown to the other contenders. More pointedly, in the short-term, I want Alastair Darling to stay Chancellor, Miliband to stay Foreign Secretary, Johnson to stay at the Home Office. Anyone who wants Osborne, Hague and Grayling in those jobs has my very best wishes for a swift recovery. (I couldn’t actually tell you whom the Lib Dems would put up for those positions, but I don’t feel a great loss.)
Posted by Richard T Kelly at 04:16:00 No comments: Links to this post 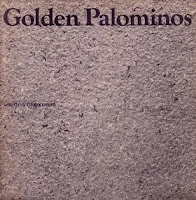 Your level of interest in rock ‘n’ roll 'supergroups' will likely depend on how you define 'super' in musical terms. The phrase doesn't quite pack the punch it did back in the early 1970s, circa Crosby Stills & Nash (& Young), when an outfit such as Blind Faith could make substantive claims for its collective prowess. Last year I did mean to check out Them Crooked Vultures, but the moment just passed...
Late last week I found myself listening with great pleasure to my fuzzy old tapes of The Golden Palominos, a New York ensemble directed by the drummer Anton Fier, first associated with master producer Bill Laswell and his Celluloid label, whose recordings spanned the 1980s and 1990s but who for me will always stay gold indeed on account of two particular LPs, Visions of Excess (1985) and Blast of Silence/Axed My Baby for a Nickel (1986) whereupon the principal vocalist is the wondrous Syd Straw but guest performers include John Lydon, Michael Stipe, Jack Bruce, Matthew Sweet, T-Bone Burnett, and (briefly) Dennis Hopper.
So, what do you know? Next week, I learn, the Palominos will in New York City play their first gig in 23 years (i.e. since I bought Blast of Silence on cassette in the branch of HMV on Northumberland Street, Newcastle.) Fier has explained the reformation online thus:
"...there were five different versions of the golden palominos. this gig represents version two which spanned the years 1985-1987.....with a bit of cross-over into 1988. most people remember this version and these years as the syd straw era. this version made two records, "visions of excess", and "blast of silence". this was also the only version of the golden palominos that attempted to be a live, touring rock band....this is where we cut to the present......i am generally not the nostalgic type or one to look back......and in the past 23 years since the last golden palominos live gig i have never before considered reviving a past version, but recently i heard syd sing and i was struck by the beauty of it... and wanted to work with her again......so we're giving this a try here and if it's fun and exciting for us we might consider doing it again on a more full time basis in the fall......so this is an experiment......to see if it is possible to go back in order to go forward......"
Posted by Richard T Kelly at 15:51:00 No comments: Links to this post