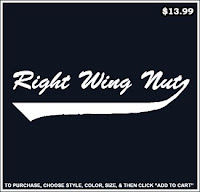 I’m no right-winger, you understand… (Uh-oh, you might think, there’s a pretty ominous start to a post.) But nor did I consider the ideas of the Right to be axiomatically the Devil’s work. Following the lead of my literary hero Norman Mailer, who famously reckoned himself a ‘left conservative’ I try to use both sides of my head in an argument, and to resist the sanctimony by which some on the Left persuade themselves that all human history is class struggle, one in which they are – axiomatically – on the side of the poor and oppressed, whether or not required to match word by deed.
I can’t say exactly how hard we should be cutting in the light of this grim shortfall between tax revenues and public spending, but – since it seems likely that the cost of housing benefit for people of working age has risen by £5 billion over the past five years, i.e. roughly mapping the hopeless reign of Gordon Brown – then I’m quite sure that reform of housing benefit entitlements along the lines of what the ConDems have proposed is commonsensical and overdue, with a necessary cap on accommodation provided in the private rental market, as opposed to publicly-owned housing. As such, I now seem to be of the party of Max Hastings and the Daily Mail. Eh bien.
I’m quite certain the public purse has to assist key workers to live near their place of work. And people who are put out of work need to be given a hand with their rent for a reasonable period. I’m not some Chinese martinet seeking to cap families at exactly 1 Child. But I absolutely think people should act on their estimate of how many kids ‘they can afford decently to rear’ (cf. Hastings - 'decent' is a favourite Mail word, used as if they invented decency, but there's no reason we should let them own it.) Where six-figure sums have been paid annually to families of 6-8 kids, this was extravagant before and cannot continue. I don’t make light of the fear of mass evictions from Central London: one expects this cut to bite. But however harsh the ‘correction’, I understand there will be an emergency fund for true hardship cases. Otherwise, as Hastings puts it, ‘most of us take for granted the necessity to move home if our circumstances change.’ Indeed we do.
I can’t tell how Ed Miliband’s riposte to Cameron played in the chamber but to me, and to many others, I expect, he sounded just as John Rentoul puts it, conveying “the wrong message to the country, which simply cannot understand why so many billions of taxpayers’ money is poured into such a badly-designed benefit that undermines work incentives, profits landlords and keeps property prices higher than they would otherwise be.”
In other news, I am happily of the same mind as Hastings in respect of Polly Toynbee’s worth as an inverse barometer in any political argument, though he makes his point in a gratuitous manner, marshalling assertions the truth of which I can’t verify:
"There is no reason to doubt the sincerity of Polly Toynbee and her kind in their concern for Britain’s underclass, though the charge of champagne socialism sticks pretty hard on anyone who, like herself, owns a villa in Tuscany and educated her children at private schools."
Similarly, readers will know I’m with Hastings on the profoundly annoying Boris Johnson, whose sickly coveting of David Cameron’s job rolls on unabated. Please, someone, tell me London can cough up a better prospect for mayor than the Bounderby-ish Johnson or the alligator-blooded Ken Livingstone.
Posted by Richard T Kelly at 07:12:00 No comments: Links to this post

In Praise of 'Temptation'

Flying Virgin Atlantic last week I had a choice of 60 movies on the small screen before me, and I must have watched 5-10 minutes each of a dozen of 'em, mainly to see how the special effects turned out. (Quite some Medusa in the remade Clash of the Titans, I must say...) But if one was a passenger in search of some drama, oriented toward grown-ups (i.e. not Adam Sandler in Grown-Ups), it was rather a hard hunt.

I watched all of Martin Scorsese’s Shutter Island, and that wasn’t the wisest idea, since I get a bit over-sensitive at 35,000 feet anyway, and this is a movie that relies heavily on the image of three small children lying face-down-drowned in a lake. Shutter Island was impressively done in its own stormy psycho-noir Dennis Lehane way, and I wouldn’t be so crass as to say any old hack could have made it. But there’s probably a long-list of younger and less brilliant directors who nonetheless might have given it a good shake. Whereas Martin Scorsese is 67 years old, a lion.

Anyhow, so: I de-plane, then flash-forward to my New York hotel room where I lie awaiting the sleep that I missed while flying. Flipping the 200 channels on my TV I stumble on one showing Scorsese’s 20-odd-year-old film of Kazantzakis’s The Last Temptation of Christ. Now there’s a movie that could only have been made by the respected firm of Scorsese/Schrader: an incredible treasure, of the sort they don’t make anymore (but, let’s face it, had to struggle very hard to make in the early-to-mid-1980s.) I don’t hesitate to award it the Capicola Cup for Personal Favourite Scorsese Movie. 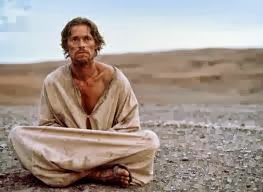 Sceptics may think it resembles nothing so much as a troupe of Manhattan thespians, musicians and mime artists on tour in Morocco, shepherded by a director who’s only been allowed one day’s shooting with his beloved crane (but sure is making the most of it.) Still, I think anyone who lets themselves sink into the movie’s peculiar rhythm would have to admire it. For one thing, that rhythm is underwritten peerlessly by Peter Gabriel’s glorious score. But then just the performances, even. Willem Dafoe elegant and anguished as ever was (since when he’s often seemed to be acting in a foreign language.) Barbara Hershey, whose idea the whole thing was, exquisitely witchy as Mary Magdalene. Andre Gregory’s stark-eyed rail-thin John the Baptist, David Bowie unbelievably pitch-perfect as Pilate.

The picture reaches one form of climax in the Golgotha sequence, all stony, bloody desolation, Dafoe wearing the thorniest of crowns. But the best is all to come, the titular ‘Last Temptation’. As Paul Schrader put it, ‘The greatness of the book is its metaphorical leap into this imagined temptation; that’s what separates it from the Bible and makes it a commentary upon it.’

This is how I describe the film’s final half-hour in Ten Bad Dates With De Niro:


“… abruptly the Nazarene finds the noise gone mute all around, and his gaze falls on a perfect little blonde girl [Juliette Caton] who beckons him down. Calling herself his ‘guardian angel’, she has golden curls, a full mouth and a Roman nose. She offers him the life of a normal man, assures him he has already suffered quite sufficiently for his Father’s purpose. She sits serenely outside the dwelling as Jesus and Mary Magdalene make love, blesses their marriage, and consoles him when Mary dies in childbirth. She watches over his patriarchal old age, and steers away from that troublemaker Paul (Harry Dean Stanton.) It’s only when Jesus is visited on his deathbed by a bitterly anguished Judas Iscariot (Harvey Keitel) that this ‘angel’ is called by her true name: for the last temptation is domesticity, and in short order Jesus is renouncing Satan and begging to be set back upon the upright…”

That reminds me of what are probably the film’s two most powerful performances, even in the midst of that stunning array: flame-haired Keitel, passionately dour as a radical Judas, and Harry Dean Stanton, quite, quite phenomenal as Saul of Tarsus, he who became Paul. In the clip below Harry Dean is so good I almost want to pick up my mat and follow him.

Costello/Springsteen: my kind of cabaret

Well, nobody told me this had happened, happily I found out for myself... But clearly Spectacle, the Costello show for Sundance Channel, is the sort of thing that should be on television all the time...