On Thursday night I went to see Darren Aronofsky's The Wrestler, which took the Golden Lion at Venice this year and is attracting an awful lot of heat (affirmed by the ram-jam attendance at the first London press screening) in terms of a possible award-season run for its leading man, Mickey Rourke, for whom this picture may constitute the most substantive career-comeback moment since he started to destroy his professional reputation round the end of the 1980s. I think I may be writing more about The Wrestler and Rourke in print soon.
That same Thursday the free papers told me that Guns 'n' Roses' 13-years-in-the-making Chinese Democracy album is now ready for stores on November 24. I was quite pleased, though I will soon be returning to my Metallica Dilemma in terms of what sort of rock 'n' roll records a fellow of my age really ought to be buying/listening to. But then Axl will have aged and matured a little bit in the interim too, right?
In any event, for various thematic reasons and nudges in the dialogue, the spirit of Rose rather hangs over one's viewing experience of The Wrestler, even before one reaches the point in the movie that showcases a highly unexpected licensed usage of 'Sweet Child o' Mine'. The end credits duly express a deep gratitude to Axl W. These are the moments in life when it all makes sense: when, as Tracy Walter says in Repo Man, you're sitting there thinking about a plate of shrimp, then someone says 'plate' or 'shrimp' or 'plate of shrimp'...
Posted by Richard T Kelly at 03:08:00 No comments: Links to this post 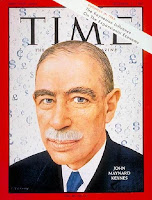 A Letter to the London Times...

What exquisite inner point was touched upon so sharply that Nathaniel Rothschild (the putative Fifth Baron, if one cares for such things) decided to blow his old Bullingdon Club chum George Osborne clean out of the water? A letter to the London Times, good lord! Talk about a swift slosh to the upper maxillary. And from Klosters, no less, just to blow some more rarefied air into these vexed exchanges of which us riff-raff have become such eager eavesdroppers.
This, as the Times has cheerily sought to remind us since, is a ‘spectacular falling-out’ between a Conservative Shadow Chancellor and a dynasty with, let’s say, a fair bit of form in Conservative circles.
When I was in Birmingham for the Tory conference earlier this month – Jesus, was it only three weeks ago? – I spent a bit of one early evening in a hotel lobby, torn between two tellies, one offering live reporting of the collapsed US bank bailout, the other the Channel 4 Dispatches documentary that was trying to hammer Cameron’s fundraising endeavours: not that these sounded much more than over-zealous in the standard manner, and entirely as one would expect from Lord Ashcroft – but then I may have got distracted by Washington, specifically Barney Frank and his bring-me-coffee-and-doughnuts style of rhetoric.
I suppose one thing we can say for sure about the Putative Fifth Baron’s intervention is that it proves that Peter Mandelson really has got friends. I can’t yet say the same for Oleg Deripaska based on what little I know of him, but one can say he certainly has allies, which is just as important in his line of work.
Posted by Richard T Kelly at 16:51:00 No comments: Links to this post

Hang The DJ: An Alternative Book of Music Lists is now in shops, and editor Angus Cargill blogs here. Last Saturday night Angus and I did a phone interview for the Irish radio show Cultureshock. I don’t know what was going on round Angus’s homestead that night, but for my part I kept cupping the receiver to muffle the Noises Off of a very tired little girl whose mummy was trying to entice her into the Land of Nod.
The presenter Fionn Davenport also had a female rock writer in the studio with him, and in the back-chat for my list of Top Power Ballads this scribe rather stunned me by endorsing my #6 pick of 'Alone' by Heart as her own personal All-Time Top Tune, albeit with the qualifier that it is ‘ridiculous’. It's not a record I feel the need to own or even hear too often, but I think it's great and reflects my general feeling that I'd rather overhear music (e.g. on the radio) than consume and collect it. As I say in the book, '[Alone'] was playing in Woolworth’s just the other day as I was buying my daughter some sweets, and I found myself loitering in the aisles long enough to hear Ann [Wilson]’s unearthly howl of frustration that launches the second chorus.'
Talk later turned to Alexandra Heminsley's list of 'Songs for the Dumped', and I gave a shout to Lloyd Cole whose unexpectedly delightful Don’t Get Weird On Me Babe album has two peerless pieces of solace in that department, 'There For Her' and 'Margo’s Waltz'. The marvelous 'Like Lovers Do' from his Love Story album is also a witty, wise retrospective on the whole fraught business, just right for the age you get to when you can see your romantic history as an interesting sequence rather than anything more painful or disappointing.
Then we discussed John Williams' list about great ‘Rehab’ records, where the hopelessly soused/doped artist nonetheless did far better work than he/she would ever accomplish while clean and sober. I’m not entirely behind this thesis but I see its appeal, and as an 'Oo fanatic it reminds me to stick up for the oft-maligned Who By Numbers, for which Keith Moon was often incapable/nearing the sorry end, and Pete Townshend was steeped in brandy (cf. the self-hating 'However Much I Booze'.) Yet plenty of this record is brilliantly barbed and rocks hard, and it also contains the inimitable brass-and-ukelele of 'Blue, Red and Grey' one of Townshend’s loveliest songs, not about eros but, rather, the unconditional love of this world, a tune to which I was happy to introduce my darling wife, and which we played (not very loud, mind you) at our wedding.
Posted by Richard T Kelly at 03:03:00 No comments: Links to this post

"Crafting the story of Sarah"

The New Yorker is usually a wee bit too Uptown New York for my taste, culturally speaking, but I was interested today by Jane Mayer's piece on the back-story of the rise of Sarah Palin to the Republican ticket. Mayer proposes that Palin had plenty ambition from the get-go of her political career and never shrank from thinking big, to the point that once she had engineered local meets with a string of conservative pundits who liked the click of her heels and the cut of her jib, she encouraged them and accepted and capitalised on the momentum they offered her, not least the smitten William Kristol.
So much for the rise. Mayer inevitably also predicts the fall:
"The selection of Palin thrilled the Republican base, and the pundits who met with her in Juneau have remained unflagging in their support. But a surprising number of conservative thinkers have declared her unfit for the Vice-Presidency. Peggy Noonan, the Wall Street Journal columnist, recently wrote, “The Palin candidacy is a symptom and expression of a new vulgarization in American politics. It’s no good, not for conservatism and not for the country. And yes, it is a mark against John McCain.” David Brooks, the Times columnist, has called Palin “a fatal cancer to the Republican Party.” Christopher Buckley, the son of National Review’s late founder, defected to the Obama camp two weeks ago, in part because of his dismay over Palin. Matthew Dowd, the former Bush campaign strategist turned critic of the President, said recently that McCain “knows in his gut” that Palin isn’t qualified for the job, “and when this race is over, that is something he will have to live with... He put the country at risk.”"
This is the kind of early obituary note one has seen quite a bit of this week, but as long as Obama's key-state poll leads skulk around in the margin of error I would say the retrospective tone is premature.
Posted by Richard T Kelly at 13:40:00 2 comments: Links to this post