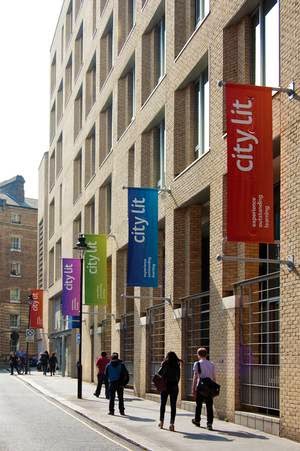 From April 24 to July 10 I'm going to be teaching a class in Non-Fiction Writing at the City Lit in Covent Garden. Simply put, this will involve me and the students reading and appreciating the works of some high-order exponents of contemporary non-fiction, and the students producing their own written work for class discussion on a weekly basis. I think it'll be fun. Anyone is welcome to book a place, please do tell your friends etc.

Among the writers whose work I expect we will be looking at are:

Among the issues I imagine I'll be exploring with the students:

What I Saw at the Danish Revolution: Dogme Days

'Never pass up the opportunity to have sex or appear on television’ was one of Gore Vidal’s many quotable frivolities. Approving at least the second half of the sentiment, last month I was filmed in interview for Swedish television, as a small contribution to a forthcoming series entitled Scenes That Changed Cinema. The scene I was asked to talk about was ‘Christian’s speech’ from Thomas Vinterberg’s Festen (1998.)

It's a terrible thing to watch, still, which is why it's so good; and all shot, of course, on a Sony PC-7 consumer camera no bigger than a man's fist, such that the effect is to make you wonder who on earth is operating while all these awful things are being said. The actors are all totally 'on', for sure, and it's amusing to recall that Vinterberg didn't tell his extras anything in advance about what Christian was going to say, hence the rather 'true' reactions he gets.

But anyhow, look at it again for yourself:

My credentials in Danish cinema come from having written a book about the Dogme 95 movement a full fifteen years ago now: The Name of this Book is Dogme 95. It was commissioned by Walter Donohue at Faber, and that commission led me to collaborate with director Saul Metzstein and producer Paula Jalfon (also the starry cinematographer Seamus McGarvey) on a companion-piece Channel 4 documentary. That doc - The Name of this Film is Dogme 95, natch - is scarcely seen nowadays but I was pleased to see a complete transcript with stills online here.

Dogme already seems a long time ago but I still get asked about it, and according to my friend Louise Anderson who teaches film the book still gets taught in schools and colleges. It’s out of print, inevitably, but available electronically. The titles of both the book and the doc are, of course, nods to the title of Talking Heads' 1982 live album, itself derived from David Byrne's on-stage introduction to Heads gigs back in the day.


I’m not sure I gave of my absolute best to the Swedish documentary crew. We shot outdoors on a London street-corner at a chilly hour of a March morning, and over time I became preoccupied less by the conversational matters at hand than by the stone-cold coming up through the soles of my boots. However it was fun to look back on a good bunch of films and some happy times spent in wonderful Copenhagen – I learned so much. I wrote this piece for the Guardian in 2000 and it's probably still true or true-ish.

Festen was a low-budget Danish film that went around the world, so we have to say its dramatic punch proved to be universal. Nonetheless it’s a very “Danish” production, as Thomas Vinterberg admitted in his charming manner when I met with him back in 1999. He spoke of having ‘touched something Danish’, also, amusedly, of having ‘spat in the eye of Danish tradition.’ The rape of children is a powerful, indeed unbearable subject for a drama and that, too – to the shame of humanity – is, perforce, a universal theme. But Vinterberg made use of it intelligently to fashion a little dramatic microcosm of a consensus society, suspicious of difference, permitting of hypocrisy.

(Let me just say that, personally, everything I saw and experienced in Denmark in the course of this project was right up my alley. I thought the place was great. I'd go live there like a shot, anytime. But then I'm a Lutheran kind of guy.)

Applying the austere rules of Dogme 95 tended to make for films that looked a lot messier than audiences were accustomed to, and even though 'shaky-cam' and natural light and so forth enjoyed a stylistic resurgence thereafter there are moviegoers, still, who can’t be doing with any of that. But Festen will always stand up as a piece of cinema because of its strong, indeed classical lines as a piece of drama, a Scandinavian chamber piece that obeys the Aristotelian unities and has shades of Hamlet (‘something rotten'!) and Ibsen in its tale of a family, a grand occasion, a secret, and a war between father and son.

Festen put Dogme 95 and a 'Danish wave' onto the map, but these waves, of course, break and roll back. Still, 1998 was a moment when the idea of what a movie was or should be underwent a useful change. It's not the fault of Lars von Trier and his comrades that, in retrospect, the influence of Dogme looks most apparent in 'found footage' horror movies, cheaply made rom-coms, and an unsatisfactory little sub-genre of 'films about film' from such luminaries as Steven Soderbergh and Mike Figgis.

The Dogme manifesto - with its reviling of the commercial bourgeois cinema of spectacle and its vaunting of movies with a moral outlook meant to ‘force the truth’ out of fiction - was up my street, too, in its day and I'm fond of it still. Roberto Rossellini, who knew all about this stuff, was right when he said 'There doesn't exist a technique for capturing truth. Only a moral position can do it.' In the end it's not about rules, it's about the artist and artistry. But all artists have rules of sorts - cf. Bresson: 'To forge for oneself iron laws, if only in order to obey or disobey them with difficulty.'
Posted by Richard T Kelly at 05:59:00 No comments: Links to this post