A very gratifying write-up here for The Knives – under the headline ‘Tackling terror, battling betrayal - a British politician's fate’ – by Vikas Datta, under the banner of the IANS (Indo-Asian News Service). Datta gives a very astute summary of the novel's main 'argument' from the get-go:

"There is no shortage of security challenges - terrorism, radicalism, illegal immigration (and the backlash it causes) - for modern nations, particularly in the West. Now imagine you had the responsibility to tackle these. How effective could you be against a backdrop of budgetary cutbacks, political intrigue and a sensationalist media ready to pounce on any lapse?
In the hot seat as Home Secretary, British soldier-turned-Conservative politician David Blaylock discovers being tough himself is not enough, his ministerial colleagues - who include two of Indian-origin - and his bureaucrats can be as devious and covert as his adversaries, whatever he does or doesn't will invite criticism and there are no easy or evident choices. And his fierce temper that is never below the surface isn't really helpful."
This is the conclusion: 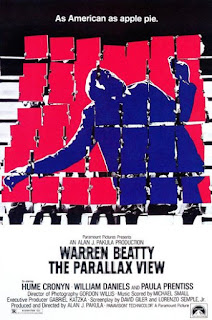 The British Film Institute – where your correspondent did time both as a student and employee – is a colossal force for film culture in the UK and beyond, and in recent years it’s come to specialise in extended, ambitious big-theme seasons unspooling at their South Bank base and venues countrywide. In 2013 they treated The Gothic, a project to which I was very pleased to contribute. This autumn, from October to December, they are doing Thrillers – a vast, twisty, engrossing subject that surely offers something for everyone.

To coincide with the season, the BFI will publish a BFI Thriller Compendium with contributions from writers including Jake Arnott and Lee Child. I was delighted to be asked to do the chapter on political thrillers, dealing especially with themes of conspiracy and paranoia, from The Manchurian Candidate through The Parallax View and All the President’s Men to Syriana and more. There's a lot to be said on the subject, and I hope it will be part of a great big diverse conversation stirred up by the season. See you there maybe?
Posted by Richard T Kelly at 08:40:00 No comments: Links to this post