Nothing If Not Critical Quarterly

This week I have been mostly reading the 50th Anniversary edition of the scholarly journal Critical Quarterly, edited as it has been since 1987 by my friend Professor Colin MacCabe.

Colin first put me into CQ in 1996, publishing a thesis of mine about the Italian film/opera set designer Ferdinando Scarfiotti. These days I'm listed among two-dozen CQ Contributing Editors (among the others are Simon Frith, Christopher Hitchens, Isaac Julian, Denis MacShane MP, and Jon Savage.) That said, I've not actually written anything for CQ since about 2002. (Where does the time go? But then nor has Nigella Lawson, whose name is also on the masthead for reasons I can never quite remember.)
CQ makes for great reading on the London underground (much better than some free paper with the latest on Amy Winehouse's flea-hive) and the other morning I glanced up from Colin's essay 'Towards A New Cambridge Philology' and thought I saw George Steiner sitting some way down the carriage. If Colin is the cleverest man I know (and he is) then I daresay Steiner is the cleverest I've never met. Both men, funnily enough, have in the past endured unfathomable academic slights from Cambridge University - which seems to me queer, since I thought cleverness was meant to be Cambridge's Big Thing. I know that when Colin taught there c. the late 1970s he had some highly brilliant students, because I keep running across them in their developed incarnations, and not just at CQ events such as last week's 50th anniversary dinner, where one such alumnus - the actor Simon McBurney - read in memoriam (and superbly) a poem by CQ's founder Brian Cox, who died recently. (Of course Colin taught a few twerps there too, some of whom still went on to make their way in the meeja world, but then such are the wages of a Good University.)
This week I think Colin is in Cannes: now unofficially retired from film/TV producing but still drawn to the Great Festival, from which he routinely reports for CQ and where he is usually Treated Right on account of having done some jury service in the past. So in the hope he is having a good one, and perhaps bumping into Sean Penn at some well-lubricated function, I will tonight raise a glass of rosé (or maybe retsina? Whenever I've dined with Colin a la Grec he's usually ordered a bottle of same while pointing out that this was the stuff Homer drank...)
Posted by Richard T Kelly at 05:30:00 No comments: Links to this post 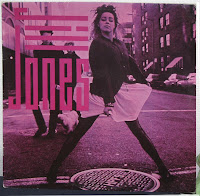 When I was still a boy (this would be the late 1970s?) I read a newspaper column by the then-celebrated TV reviewer Clive James, discussing some surly broadcast interview with Johnny Rotten (then of the Sex Pistols). James disapproved of Rotten more or less totally, as did most responsible media outlets of the day, and made an especially aggrieved point of how rock 'n' roll - which had brought joy to his own Aussie boyhood back in the days of Bill Haley and the Comets - had since degenerated into an obnoxious disgrace. So much for poor old punk. 'Johnny Rotten' (John Lydon to you) is now older than James was when he wrote that Eeyore-ish diatribe. Rock 'n' roll has never died, and some of its leading early practioners are now pension-age, albeit rich as Croesus. In my teens I found it impossible to take seriously any rocker over the age of 30 - maybe 35 at an absolute push. Now past that upper age bracket myself, I just plain don't trust or rate anybody younger. If I count the 'records' I have bought (or requested to be bought for me as presents) over the last two years, the roster of artists is wizened beyond belief: The Who, Dylan, Springsteen, Levon Helm, Robert Plant (with Alison Krauss, of course)...) Be it said, not all my favourites have to be Rolling Stone standard-issue Rock Legends. I remain loyally devoted to Maria McKee and to Bob Mould, once the respective frontpersons of rowdy young bands I adored back in 1986. And then, once in a while, I will try to touch base with other singers and songwriters of that vintage, to revisit their old stuff, and see if there's been anything new since. A simple task in the Amazon/YouTube era, right? Nope. So if anybody can find me a CD of Peter Case's eponymous debut LP (1986) for a reasonable price I am ready to meet and talk cash-money. Did Test Department's The Unacceptable Face of Freedom ever get a CD release? Or Nile Rodgers' Adventures in the Land of the Good Groove? And then, above all, consider the Strange Case of Jill Jones (pictured above, on the cover of her own eponymous debut c. 1987, and 20 years later at some sort of Prince-related reunion.) I shan't detain you with all the varied reasons for her fabulousness. But I do understand she finally released a follow-up album c. 2001-2, an acoustic set, called One? Occasionally I see it offered unreliably around the Web, priced at $40 or so, second-hand - dammit. What I want to know is how come I can't get away from Leona Lewis and her reasonably priced and utterly pointless recordings, but I can't find the last Jill Jones recording anywhere readily to hand on God's earth? What is the point of music? None of this makes me Mean Old Man Clive James the Second, you understand - just the irate president-in-exile of the Jill Jones Fan Club (Defunct).
Posted by Richard T Kelly at 16:04:00 No comments: Links to this post