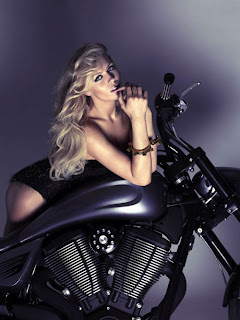 Well now, there's a familiar form of headline for this blog, albeit one that's been out of action for roughly 18 months... Nonetheless, it's a fact that I have written something in Esquire this month, and I'm very glad about it since a) I've remained a Contributing Editor in the time since my last contribution, even without troubling the scorers, as it were; and b) the magazine has a new editor in the excellent Alex Bilmes, who has a raft of fine ideas and has been putting them vigorously into practice since his appointment earlier this year. (To wit, the Esquire website has had a refurbishment recently and is worth your perusal.)
My essay for the August ish straddles the categories of 'Personal/Humour/Lifestyle', I suppose. It's called 'Fitness First?' and it's the up-and-down story of the 20 or so years that I've spent intermittently belonging to gyms and working out: a pastime that has brought me joy and pain, you may be sure - and for which I now feel the need to make an accounting in my life. Why am I harping on this, you ask? Well, because I'm one of many 40-year-old men who received a new gym membership on said birthday from their better half. And, possibly against the run of the mill, I was very glad to have it - because a small but significant part of my adult life has been spent hefting heavy lumps on metal around padded or reinforced floors. But, but... you do get to an age where the gravity of time sits heavy on your shoulders. As I say in the piece:

"... at this new Health Club of mine the fight I am picking is with Nature. My genes having been tidily downloaded to my kids, I am now expendable: Nature has written me off, reckons it has no further business with me. And Nature might be right. Every ten years a man loses four-to-six pounds of muscle. After 40 his testosterone levels ebb, his body hair shrivels, his spine weakens until he’s nearly as titchy as Tom Cruise.
I don’t presume to reverse that process, merely to ward it off just for a bit. I want to feel my heart racing, but under my control; to feel some vigour again in my limbs; to recapture that natural high of physical exertion – the high that brings no self-hating hangover, leaves one indeed feeling better in the morning. My body remembers all this, however vaguely. Because I have a long, complex relationship with gyms..."

To read on, as I'm sure you're dying to on the basis of that, give yourself a present of the August Esquire, it's £4.25 and there's loads of lovely stuff in it. Wrapped round the exterior and draped across a few pages therein is Abigail Clancy (pictured), who I believe has just enjoyed the loveliest of wedding days and is thus newly married to a professional footballer and accomplished body-popper.
Posted by Richard T Kelly at 04:24:00 No comments: Links to this post 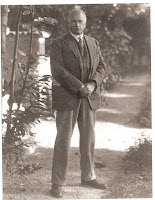 On the subject of psychoanalysis - well, I've never been there, you understand, but I'm an admirer both of Freud and of Jung, and I'm quite sure that I’ve learned many profound things from the writings of both that, taken together, are not exactly complementary. As such I have waited keenly for a film of The Talking Cure, Christopher Hampton’s play about the great Austrian, the great Swiss, and Ms Sabina Spielrein. Now that film is nigh, under the title A Dangerous Method, which references a book by John Kerr that was (as far as I know – I’ve not read it) the first to take seriously the importance of Spielrein to the history of psychoanalysis on the grounds that she was first a patient of Jung’s and subsequently a disciple of Freud’s. As I understand it, what Kerr didn’t know when he wrote A Very Dangerous Method was that Spielrein and Jung had been lovers during his treatment of her.
Hence the special drama of this story, for which Hampton was the ideal dramatist – Freud and Jung as mentor-and-protégé pioneers in the fathoming of the unconscious; Jung becoming the errant son who succumbed to sex with a patient, then proceeded to an occult-spiritual philosophy that alienated him yet further from rational, disapproving ‘father’ Freud; and Spielrein as the woman who first occasioned this intellectual dispute, then went on to make a discerning contribution to it.
The richness of all this is obvious. Is it ‘a movie’ though? I’ll be intrigued to see whether Cronenberg follows Hampton’s play in jumping forward and revealing to the audience at the halfway stage what was Spielrein’s eventual fate. It’s also worth noting that Paul Schrader, an equally fine piece of ‘casting’ for this project, tried to write it as a play for the National Theatre in 1982 at the prompting of Peter Hall, but could never quite finish his script. (‘It’s such a great story’, Schrader told Kevin Jackson for the excellent book Schrader on Schrader, ‘that it took me a long time to realize that it just wasn’t working.’)
For Cronenberg Sabina Spielrein is played by Keira Knightley who also gets top billing over Viggo Mortensen (Freud) and Michael Fassbender (Jung). For me as for many viewers, this is a small matter of concern, but presumably for many other viewers it will be why they turn out for this movie. So, we shall see… Here at any rate is the trailer.

"The Good of the Novel"

During my adolescence I regularly day-dreamed of growing up to be the sort of fellow who'd be asked to pontificate in print on the current condition of The Contemporary Novel... or I should say that I day-dreamed about this as regularly as I did about winning Wimbledon or taking Susannah Hoffs to the pictures. Still, as of now I have my wish in respect of the first of these, and here you can read my contribution to an online symposium occasioned by the Faber essay collection The Good of the Novel.
Posted by Richard T Kelly at 13:25:00 No comments: Links to this post