Darcus Howe and the cunning of history 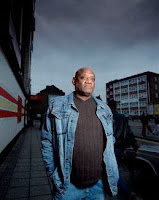 In 1981 the leftist journalist Alexander Cockburn, English-born but US-based, returned to the UK for the Village Voice to report on that year's spate of race riots and their originating tensions. Cockburn seemed to find most of what he was looking for in conversation with the then 38-year-old Darcus Howe, renowned Trinidadian-born activist. Reflecting on the Windrush moment of Caribbean immigration Howe made that familiar, plangent and suggestive recourse to the King James Bible, Joshua in this case: 'We were persuaded, encouraged to come to Britain, to be hewers of wood and drawers of water.' Howe's argument was that, while the West Indian generation who arrived in England were ready to put up with certain discomforts in the flux of the moment, their children would not suffer any such slight, or accept any misplaced burden of inferiority; and ought, indeed, to seek common cause with oppressed proletarian white kids. Howe was in favour of a 'black/white mass movement', one that would be necessarily unapproved of by the state. (He squeezed in a shot at the welfare system for its stifling of 'the political initiative of blacks.') And of course he was looking beyond Michael Foot's Labour Party, which in a broader dialectic manner he considered 'the creature of a certain moment in the material organisation of society.' On the decline of Labour (raised by Cockburn), Howe claimed to view this with optimism. But he also granted Cockburn's point that 'pathological symptoms, including racism, will increase as people fight on the scrap heap, as the economy goes down.'
I was reminded of all this tonight watching the beginning of a Darcus Howe season on More 4. Of course, subsequent to his interview with the Village Voice, Howe became a conspicuous filmmaker and presenter for Channel 4: first through the scholarly Bandung Productions, then as host/interrogator on the volatile Devil's Advocate. In 2000 he fronted a series called White Tribe, travelling well clear of London to investigate English identity: I recall him standing outside St James's Park, shaking his head over the pasty-facedness of the Toon Army, branding Newcastle (reasonably) 'the whitest of cities' and musing (rather more naively) that the natives 'were not English at all, they were Geordies. Their loyalty was to their team and to their city. England for them was another country.' (Precisely, and you need to have come lately to the question of English identity to imagine otherwise.)
Howe has since made films about racial hostilities between England's black and Asian populations; about his concerns for the children he's had by various women; and now about his struggle with prostate cancer - though this one, the kick-start for the new More 4 season, is somewhat unhelpfully coloured in the now-standard Jon Ronson manner by the presence of its director Krishnendu Majumdar, with whom Howe has worked previously.
In short, surveying this retrospective of the ‘charismatic black activist’ it's easy to see a story of Channel 4's gradual shift in interests from the polemical to the awkwardly personal - also, more reasonably, a familiar tale of the ageing process, that slow masterwork of Time, the Enemy.
The photo of Howe above is by and (c) Richard Ansett.
Posted by Richard T Kelly at 16:03:00 2 comments: Links to this post