Durham Big Debate: A resilience test for the North East 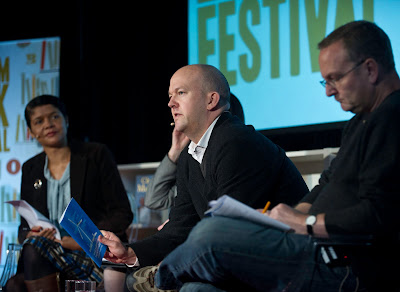 NUFC: Demba Ba is a Geordie 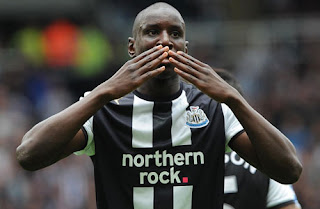 As you's know, it’s mainly Twitter for me these days; and there the other week I was joshing with some Newcastle fan whom I’ve never met about whether we would take Andy Carroll back, in the event that Liverpool thrust him in our direction, nose and eyes averted toward high heaven... Just banter, as I say, because despite big Andy missing something of a sitter the week before he was said to link up well with Suarez in a win at the weekend. In any case, I expect the much-rumoured ‘psychological flaws’/’refuelling problems’ of the young Bensham Beast would now pose a really unsettling problem for the newly world-famous Team Spirit and United Dressing Room of Alan Pardew’s NUFC.
We are 3rd tonight, and some might say we are walking in a Demba wonderland. It’s an outstanding effort from this squad in every department, and respect is due to the manager whom some of us used to pretend was called Curbishley. Moreover these results and this placing are a useful if temporary two fingers up at free-spending bigger clubs, some of whose fans, despite their mob being several points/places behind Newcastle, are still making free with the patronising remarks online about how they’d gladly consider giving Coloccini a run in their side.
I don’t know one Newcastle fan who thinks European qualification is achievable – not unless Mike Ashley gets so drunk on New Year’s Eve that he goes out and buys half-a-dozen high-waged hot-shots with his own money. Even the much-vaunted Sky/Talksport ‘Battle for Fourth’ is hard to get excited about, since to be involved in that is only to waste a lot of quality time having to think about Spurs and Liverpool. And looking up is an impossibility, first among many reasons being quite simply that right now it looks like Man City have bought the title; and bought it in a way that makes what Jack Walker did at Blackburn with Kenny Dalglish seem hardly more substantive than what John Henry et al are now doing at Liverpool with... oh aye, Miserable Kenny. What should be the ambition be, then? To edge 'The Battle for Eighth'? To be 'North East Top Dogs'? It’s all down to the players, isn't it? God knows what they’re on right now, but I’ll have a shot of it whenever you’re ready.
Anyway, past half-way to safety... and the pleasures of this Newcastle run are in the attractive, smart, committed football that the side are playing, and also in points won that, given the low expectations back in August, almost have the sweet feeling of being stolen - or should I say twocked?
Posted by Richard T Kelly at 16:19:00 No comments: Links to this post