A new and updated edition of my 'Sean Penn: His Life and Times' from Faber & Faber in 2015 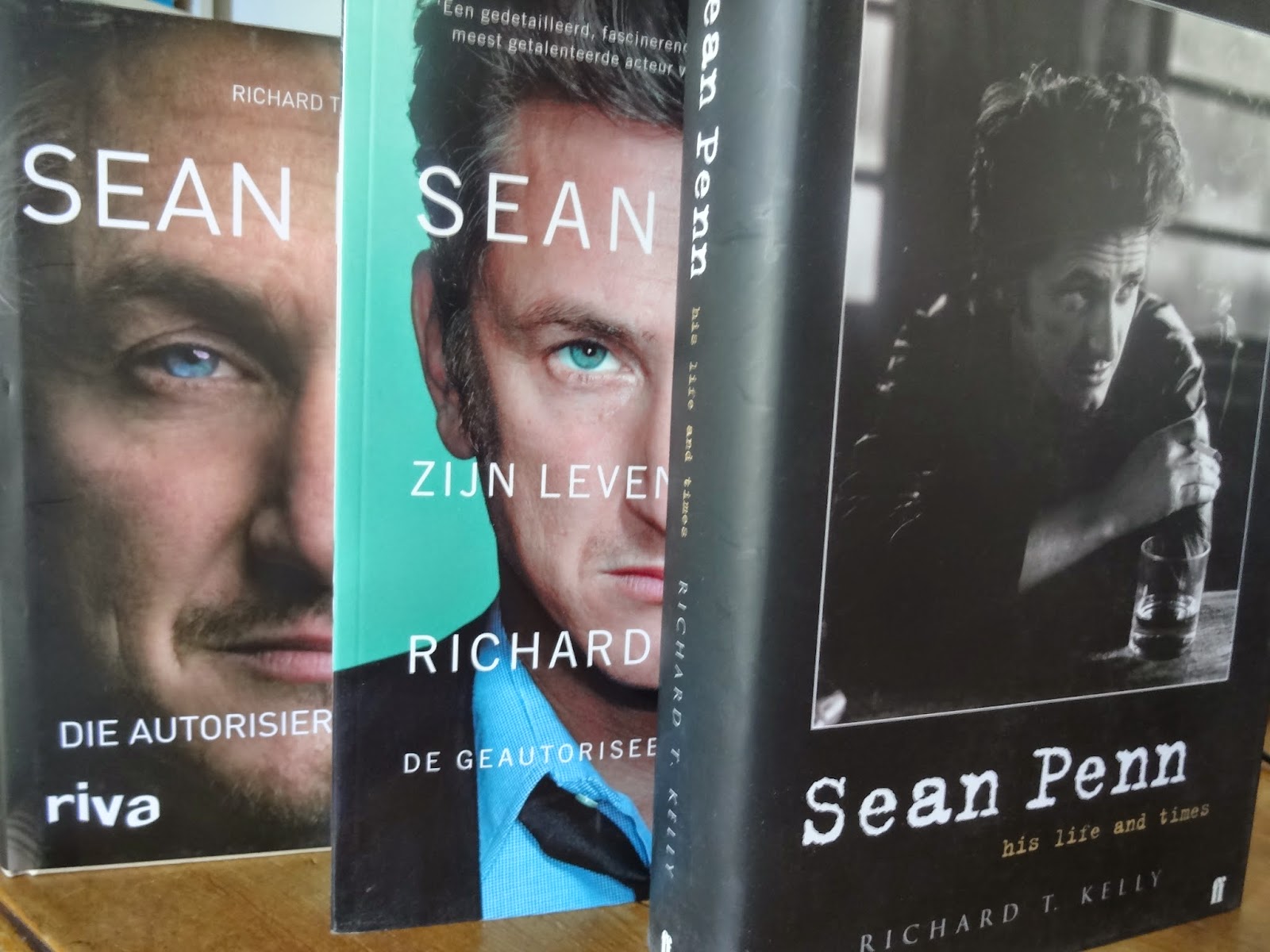 I’m pleased to report that I am now properly at work on a new and updated edition of Sean Penn: His Life and Times, originally published by Faber more or less exactly ten years ago, and so certainly due for a fresh lick of paint.

‘Time is a funny thing, huh’, as Tom Waits says in Rumblefish. ‘Time is a very peculiar item...’ I first met Sean Penn in 2001 and later that year secured his consent to do an interview-based ‘oral history’-style book about his life and work. I began work on that book in the autumn/winter of 2002 as Sean was shooting Mystic River with Clint Eastwood and then 21 Grams with Alejandro Gonzalez Inarritu. One day in the midst of that I called his office to check his whereabouts. ‘Baghdad,’ came the unexpected – unexpectable? – reply. The first Faber hardback edition of Sean Penn: His Life and Times came out in October 2004, six months after Sean won his first Academy Award. A paperback edition followed a year later, with updates that concluded as Sean embarked on a journalistic assignment to Iran and secured the film rights to Jon Krakauer’s book Into the Wild.

So that was then and this is now, a good while later. Of course, lots of people lead very lively lives, whether or not they have the attention of a wider public, but Sean is livelier than most, and so the new section of the book detailing 2005-2015 is going to have plenty of good and all-exclusive meat in it. I hope it will appear around the same time as the release of The Last Face - Sean’s fifth feature as director, starring Charlize Theron and Javier Bardem, on which he is presently at work, the progress of which I have had a fortunate glimpse, and for which – based on the quality of the material, cast, crew, and the calibre of Sean’s previous productions as ‘helmer’ –  cinemagoers would surely be right to entertain high hopes.
Posted by Richard T Kelly at 03:42:00 No comments: Links to this post