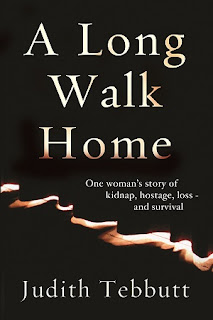 I will never forget the frozen moment on the evening of Sunday September 12 2011 when I learned that David Tebbutt, finance director at my publishers Faber and Faber, had been murdered while on holiday on an island in the Lamu archipelago off Kenya’s northern coast. It was a catastrophe of the kind no-one could anticipate, and that it should have befallen such a fine and decent person as David only compounded the shock felt by all who knew him.

Making matters immeasurably worse, the sorrows came ‘not single spies but in battalions’, with the news that David’s wife Jude had been abducted by the people responsible for his death. One could barely imagine what might follow. Gradually, over weeks, it became clear Jude had been transported into Somalia and that this was a kidnap for ransom - offering at least the hope of a process by which her release could be secured. Yet the violence of the offence, and the lawlessness of the terrain, made that hope seem a vulnerable one. We were not to know how Jude sustained herself in the meantime, as weeks in captivity turned to months.

Then in March 2012 came stunning, thankful news, as Jude’s freedom was successfully negotiated by her and David’s son Ollie, and she returned to the UK. Now she has written an account of her ordeal in A Long Walk Home: One Woman’s Story of Kidnap. Hostage, Loss and Survival. The making of the book was something Jude conceived of while still a prisoner in Somalia: it was a significant process both of coming-to-terms and of commemoration for her, as described here by Julian Loose, her editor at Faber.

Because of my association with Faber and my background in biography and journalism, also my having known David, I was asked to assist Jude in the writing of the book. This was a privilege for me in a dual sense, both in terms of the honouring of David’s memory and for the opportunity to know Jude better – for she is, in her remarkable personal qualities, a person deeply worth knowing. Being so closely acquainted with the contents of A Long Walk Home it would be invidious for me to proclaim its virtues, however I do think I have sufficient objectivity to say that the story Jude tells, and her reflections – not just on what she has endured but on the life she has known both before and after tragedy struck – will repay anyone’s investment of time richly.

You can get a very striking sense of A Long Walk Home from an excellent interview with Jude by Kira Cochrane in today’s Guardian, and also from the extracts currently being offered in a Radio 4 Book of the Week serialization, read by the actress Pennie Downie.
Posted by Richard T Kelly at 05:38:00 No comments: Links to this post