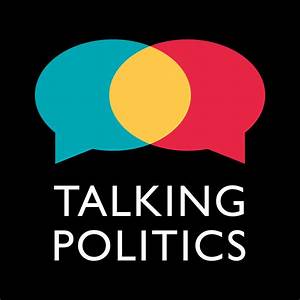 Recently I sat down in Cambridge for the Talking Politics podcast with host David Runciman and fellow guest Kasia Boddy, and it was as grand a conversation I’ve had in years - now online here. Being a long-time admirer of the podcast I felt much as thrilled to be part of it as I guess pop groups used to feel about getting asked onto Top of the Pops.

Our subject was Political Fiction, and that is dear to me, of course. I got to talk about the making of Crusaders and The Knives, and a host of memories returned in the process. Both are political novels, to be sure.

Crusaders got its title from Harold Wilson’s famous and incorrect assertion that the Labour Party is a moral crusade or nothing, and it addresses the ideas of Christian Socialism and Methodism-over-Marx as elements of Labour thinking and history. Tony Blair appears in it, and the central character, Reverend John Gore, is, if you squint, maybe an image of what Blair might have become if he'd gone into the Church instead of politics.
The Knives is more expressly about the practice of politics – how make policy and law about identity cards or domestic violence, say, or why sign a police surveillance warrant – but also, in its conflicts between characters: about ‘politics’ as a bunch of things in which people believe, and which influence their personal behaviour e.g. my fictional ex-army Home Secretary Blaylock and his human rights QC ex-wife.

In terms of other political novels I love, it wasn’t the right place but I would have liked to put in one more word for After the Banquet by Yukio Mishima, which drew so effectively upon real Japanese politics that Mishima was hit with a lawsuit. Mishima’s alarming political postures in life tend to overshadow the intelligence of his fictions; and in After the Banquet he used a brilliant device – the female proprietor of a restaurant popular with senior government officials – as a means to enter ‘the whirlpool of politics.’

The ‘timeliness’ or otherwise of fiction in addressing our times is always a slippery business. Crusaders was much concerned with Thatcherism and New Labour, two ideas that, judging by the conditions of Conservative and Labour parties in 2019, feel like they have moss growing over them in some tomb. With The Knives, which I finished in early 2016, I still think a lot about the scene in the novel where Blaylock goes to Brussels and ponders the whole game as a fairly thoroughgoing Eurosceptic who, in the ‘real world’, would nonetheless certainly have voted Remain.

Is our current moment, then, good or bad for political fiction? It had better hang on a bit yet: I have another political novel in the works. Spy writers of a certain age clearly miss the Cold War era, unlike most of the rest of us. Cultural veterans of the 1980s might well remember how useful Thatcherism proved to their store of ideas and convictions. In 1939 Brecht pronounced that it was ‘a bad time for poetry.’ It certainly was, as John Willett puts it, ‘a bad time for humanity.’ But German literature had just gone through an extraordinary efflorescence, and that continued, for Brecht and other contemporaries. Whether or not poetry makes anything big happen, the tragedies of our times very obviously bring forth great writings that survive and sustain us.
Posted by Richard T Kelly at 03:12:00