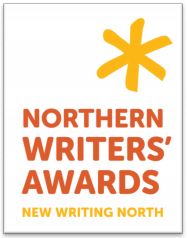 I'm pleased to be on judging service this year for the Northern Writers Awards established by New Writing North, through which £40,000 worth of funding is disbursed to writers at different stages of their careers. The Northern Echo was kind enough to write up last week's press launch, where Claire Malcolm, chief executive of New Writing North, noted: 'Last year we received more than 1,000 entries, so it is a very competitive process, but we know that winning an award can have a real and lasting impact on a writer’s career.' She's quite right. I've never won anything myself, but am glad to have got far enough in a career to be judging good endeavours of this sort, and I look forward to discovering some fine new writing as of early 2017.
Posted by Richard T Kelly at 12:06:00 No comments: Links to this post