Radio 4 Open Book: Me on Money in Fiction 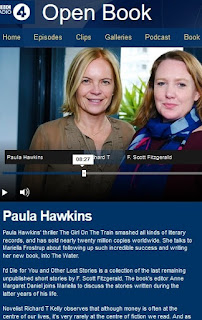 The other week I was delighted to take another turn as guest columnist for Radio 4's Open Book with Mariella Frostrup. The theme for my sermon was Money in Fiction - one of the true universal themes. Obviously there are a great many more fine novels, poems and stories on the subject than I could adduce within the slot, but I got a few of my favourites in, as one must. You can listen to the broadcast here by the boon of iPlayer: needless to say, it has a great deal more than me, including the bestselling Paula Hawkins and a discussion of the newly published 'lost' stories of F. Scott Fitzgerald. But here is the text of Me on Money:


In literary studies, there are two Jane Austens. One, the national treasure, whose romantic plots give us timeless tips on how to make a love-match; the other a clear-eyed analyst of Georgian England, famously acclaimed by Auden for her ability to “[r]eveal so frankly and with such sobriety/The economic basis of society.” Let’s face it – Mr Darcy holds many attractions for Elizabeth Bennett, but a really big one is his ten thousand pounds a year.

Given the centrality of money in our lives, it’s perhaps a wonder there aren’t more novels on the subject. You might say there’s not a lot of poetry in a banknote, or a bank statement. But in the abstract, money undoubtedly has lyrical power. [In his poem Money] Philip Larkin could make his bank balance sound like the Devil in his ear: ‘I am all you never had of goods and sex. / You could get them still by writing a few cheques.’ But Larkin knew that voice to be a siren call; and at heart we all know the finest things in life aren’t really for sale.

Of course, it was the “the love of money” that St Paul called “the root of all evil”: not the folding stuff itself, but what we project onto it. For me the most powerful treatment of this theme in fiction is Tolstoy's story The Forged Coupon. A feckless boy hungry for cash scribbles an extra digit onto a government bond of his father’s, then fobs it off for change on a shopkeeper, who, realising he’s been conned, fobs it off again on a firewood seller... and soon a man is in jail – evil begetting evil – dirty money corrupting or cursing everyone it touches.

If you want a counterblast to Tolstoy’s moral vision – there’s the Russian-American ideologue Ayn Rand, and her influential novel Atlas Shrugged – in which the wealthy Francisco d'Anconia argues that money is actually ‘the barometer of a society's virtue’ – a guarantor that ‘men who wish to deal with one another must deal by trade and give value for value.’ That’s not a bad argument for the free market, though Rand spoils it by allowing Francisco to bang away uninterrupted for nearly ten pages.

You find a more artful defence of money in Emile Zola’s great ‘financial crisis’ novel L’Argent, first published in 1891. Its anti-hero, ruthless speculator Aristide Saccard, is a bankrupt who decides to make a new fortune in banking, using other people’s money. We may recognise the type. Yet, through the woman who falls for Saccard, Madame Caroline, Zola dramatises money’s dynamic properties – how speculation can stir the blood of a nation, how enterprise makes things happen. As Saccard’s son tells Madame Caroline, the banker ‘doesn’t love money like a miser. He wishes to make it gush forth on every side...’

In today’s fiction, bankers are not nearly so charismatic, or gushing. John Lanchester’s Capital, set in the wake of the Crash of 2008, shows us a workaday investment banker named Roger, totting up the ‘general hard-to-believe expensiveness of everything in London’, and realising ‘if he didn't get his million-pound bonus he was genuinely at risk of going broke.’ The predicament of being one missed pay-day away from ruin is one that a lot of us can identify with. But for people who are paid fortunes, we tend to be economical with our sympathies.

Charles Dickens understood this – part of why he remains, like Jane Austen, a national treasure. Dickens died a millionaire in today’s money, but he knew poverty. His father did time in debtors prison, inspiring Dickens, famously, to create Mr Micawber in David Copperfield. Micawber knows very well that a man making twenty pounds a year can be happy so long as he spends only nineteen and six – whereas to slip into the red, even by sixpence, is to risk misery. And for most of us still, I daresay, that is the meaning of money.